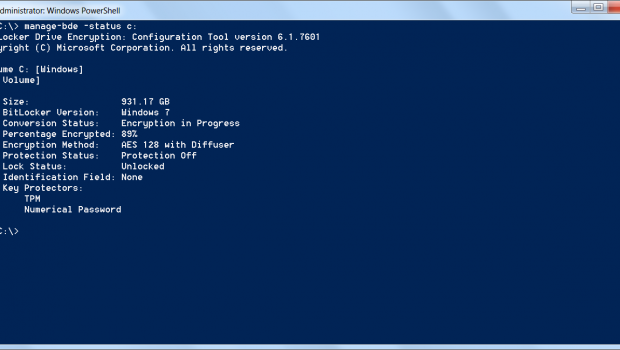 If you have recently enabled Bitlocker encryption on your Windows 7 or 8 client, you might find your machine suffers with a performance lag while the initial encryption process takes place. It can be difficult to see how far along the process it is, usually as any dialog bog just says “Encrypting”.

Running PowerShell, you can use the following command to get a clear view of the status.

You can change c:  with the drive you are trying to interrogate. You should be presented with information like the following: The “Percentage Encrypted” tells you the current status.