Went as far as Mullingar this morning, and took some photos of the Royal Canal and Lough Ennell. Both of which were completely frozen over. People were even walking over to the island in the middle of the Lough. Hope they all made it back safe. 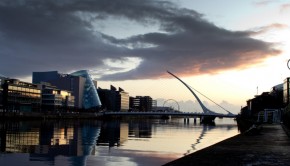