This has been annouying me for a while. I use NTLM for authenticating users on Windows 200x based Web Servers. […

Hynes-Quinn driving school in Longford deals with 1000s of students every year. We pride ourselves on preparing people for their […

Broadband, My Kingdom for Broadband

Anyone who knows me has heard me complain about the state of my broadband connection. Currently I am with a […

Be warned, I was coming up the M50 on Wednesday when I saw this thing being put up. It’s just […

I’m not too sure if you saw the lunar eclipse last night, but as usual it was spectacular. When I […

Google Apps for Your Domain

After much speculation, Steve Jobs, CEO Apple announced the launch of the iPhone during his keynote address at MacWorld Conference […

The Dublin Port Tunnel was officially opened today by An Taoiseach, Mr. Bertie Ahern, T.D in the presence of The [… 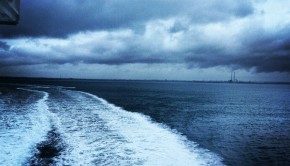 Life is just a journey, from beginning to the end, Some find it very pleasant, For others sad the trend. […